I’m a bit late with this post (it’s been two years now since I graduated, oops…) but with a new academic year fast approaching, I wanted to share the main things I learnt about living in London as a student.

I moved to London in 2012, having just turned 18 and ready for three years of a Geography degree from University College London (UCL).

However I wasn’t ready for a lot of the things that come with being a student in London, so for anyone soon embarking on the same journey, here are the ten things I wish somebody had told me before I moved to London. 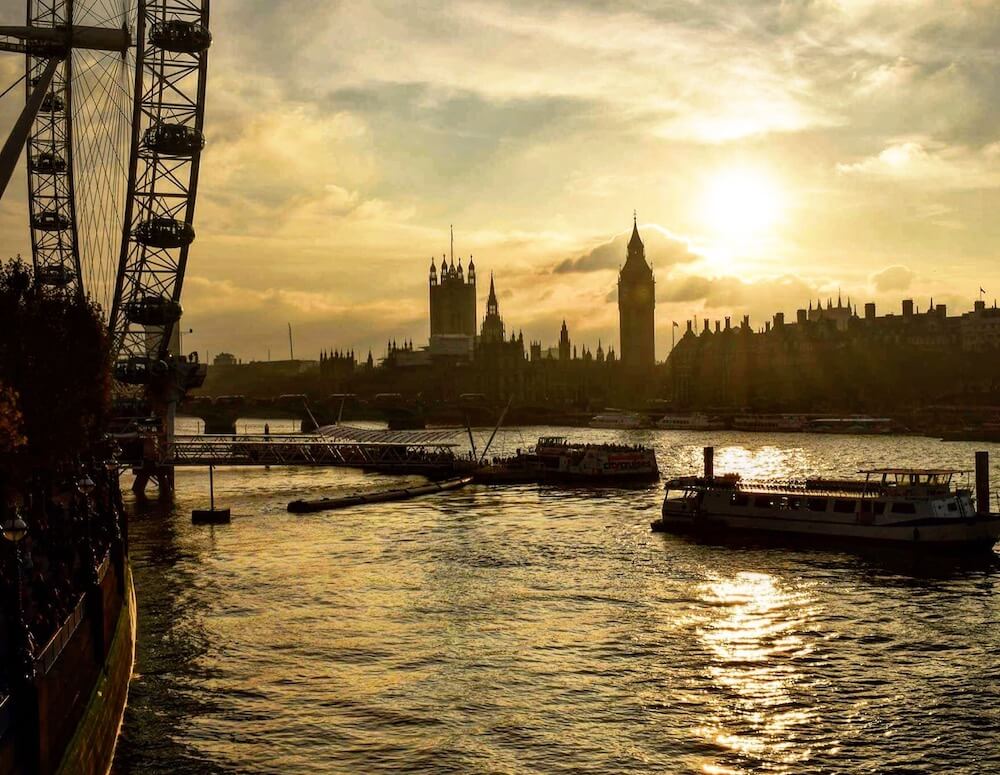 Sunset over Westminster in London, UK

London is smaller than you think

The one thing people kept telling me was how London was too big a city to be a student in.

All my high school friends that went off to campus universities around England like Bath or Brighton would say how they didn’t want to go to London because it would be too big and dispersive, and you’d never be able to make friends.

Let me tell you this is not true. Yes London is a huge city that covers 1,572 km² and has 8.8 million inhabitants, but as a student you will tend to hang out around your university, and always go to the same bars and clubs.

UCL is in central London, between Oxford Street and Kings Cross Station, which meant I spent most of my time around central London.

You will be surprised at how often you bump into the same people, especially the ones you don’t want to. 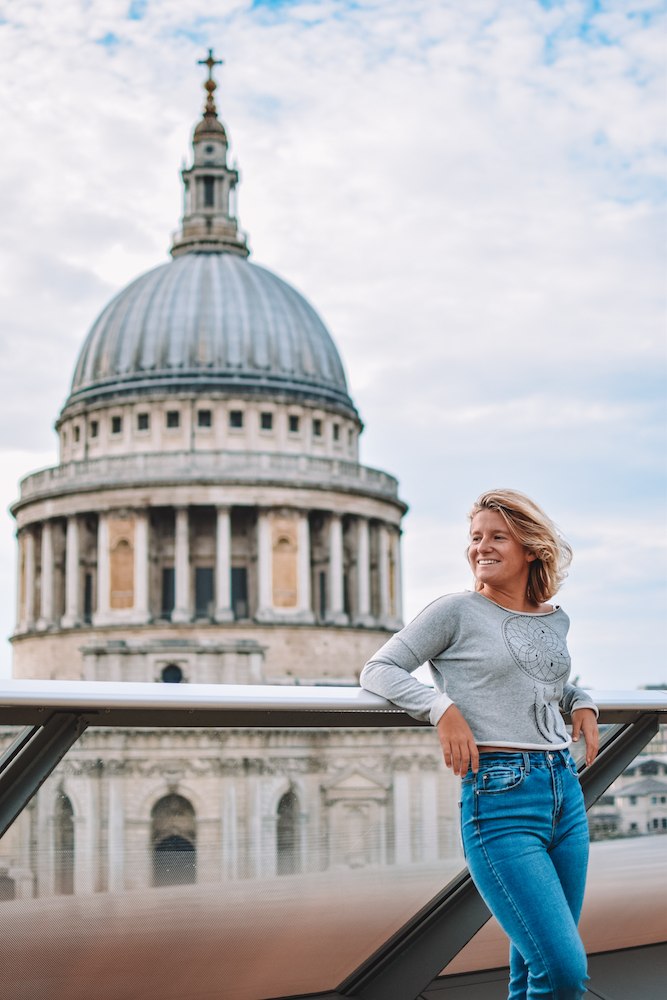 The view over St Paul’s from Madison’s Rooftop Bar in London, UK

Nothing is weird in London

Whether it’s going to the corner shop in your pijamas in the middle of the day, or going out to a club in a giraffe onesie, nobody will bat an eye (it might seem weird, but trust me when I say both these things will happen more than you’d want them to).

It’s part of why I love London so much. It’s a truly international and diverse city, which accepts that everybody is different and tells you that it’s perfectly ok to be different.

| READ MORE: 20 QUOTES THAT WILL INSPIRE YOU TO TRAVEL MORE | 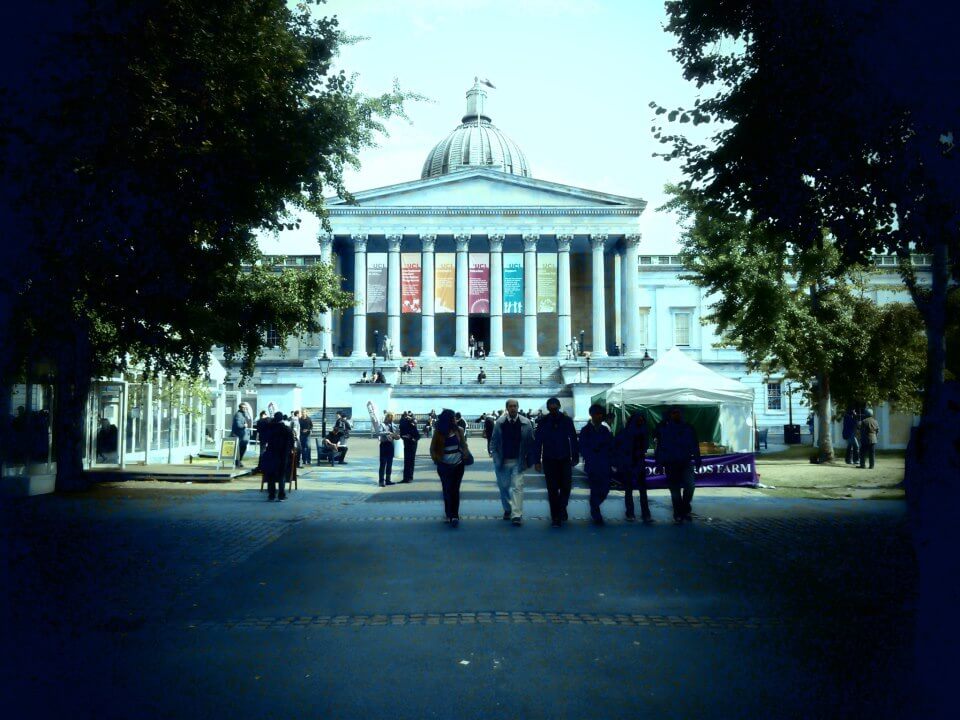 The main quad of UCL

You will have a lot of “free” time

If like me you’re doing a humanities degree (sorry science folk, this doesn’t apply to you as much) you will have a lot of “free” time.

With a reduced schedule, that at its lowest meant I only had 4 hours of classes a week, I suddenly found myself with a lot of extra spare time.

The reason I say “free” in inverted commas is because it’s not technically free, they used to tell us that for every hour of class we were supposed to read for five hours. You can see how your newly acquired “free” time isn’t as free anymore.

Still, you’re in one of the coolest cities ever, there are a lot of things to do in London, make the most of the extra time you’ve got!

For example, you could go round the city to all the most Instagram worthy locations in London and take photos to make your friends back home jealous (just an idea). 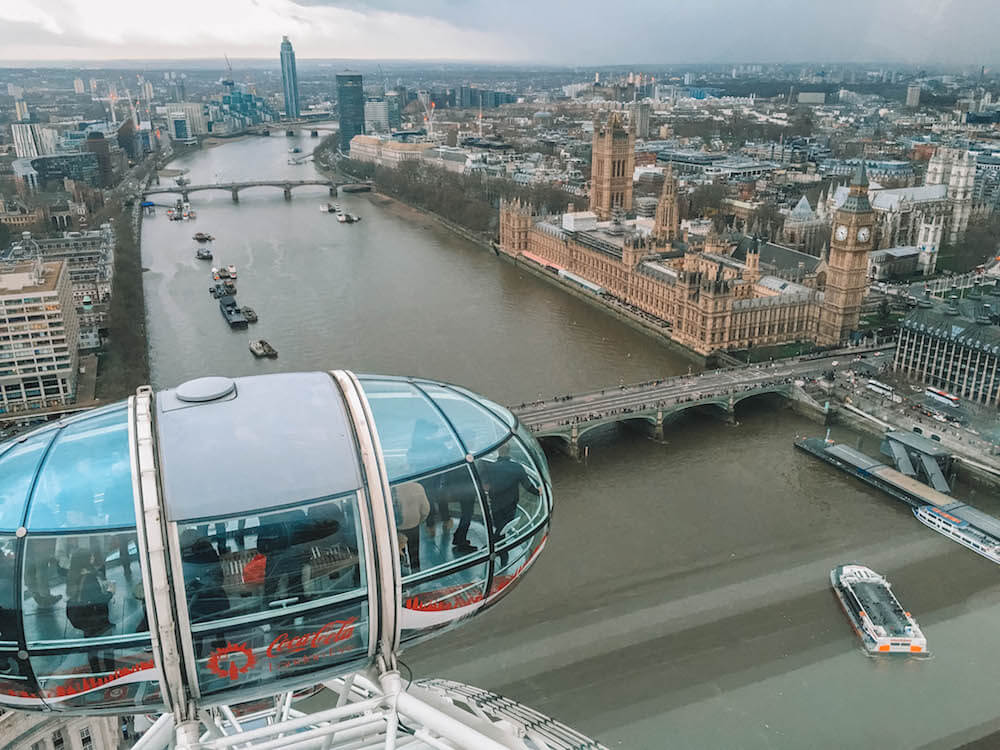 View over Westminster from the London Eye

Do touristy things during the week

Which brings us on to number 4. London is awesome, but very touristy, there are people everywhere and at any time of day, especially around the main tourist attractions.

If you want to do an afternoon tea bus tour, go shopping on Oxford Street, on a Harry Potter mission around London, ice skating at the Natural History Museum, or have lunch at a street food market, weekends are the worst time to do it.

Guess what the best time is? You guessed right, the middle of the day any time between Monday to Friday.

Even if you’re a science student (sorry about all that lab time!) you will have more flexibility and free time than a “real adult”, make the most of it and see London when it’s not completely taken over by tourists.

Planning to see a theatre show? Check out this Theatre Break guide by Zena’s Suitcase. 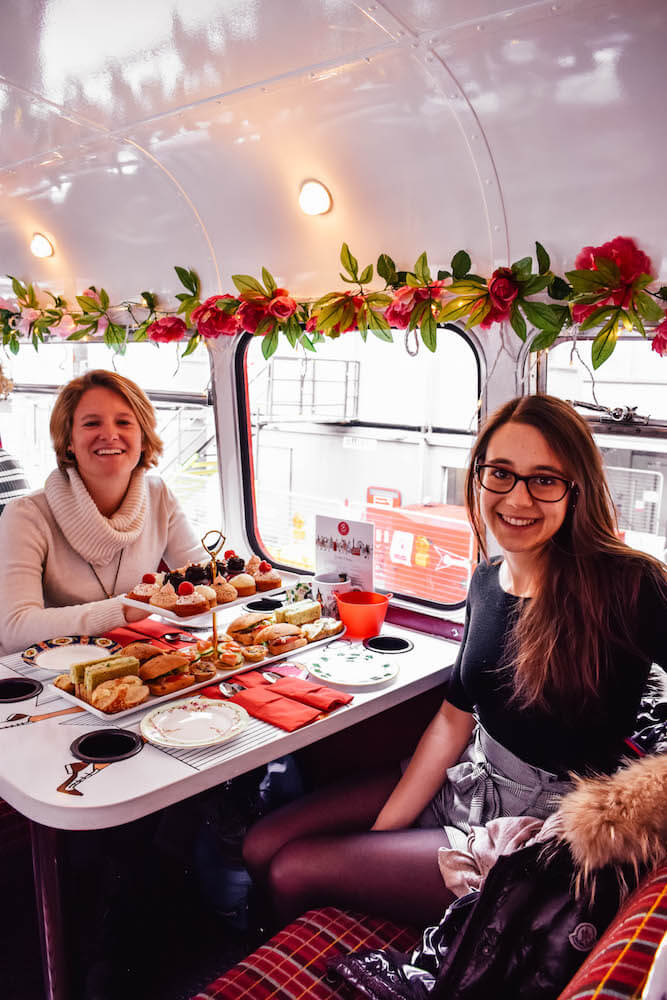 The food isn’t as bad as they say

I’m Italian, and if you’ve read my blog before you will know I always pick on the food examples (of course the Italian girl does that)!

This however was one of the things that surprised me the most. Italian cuisine is very traditional and simple, the first few times that I went out for dinner and had a curry or stir-fry, I had no clue what I was eating.

Most of the time, I loved it! The ethnic cuisine is part of the international London culture, and what makes this city so great. I love going out for dinner and experimenting with cuisines I know nothing about.

It might not be the “real deal” (eg. My Pakistani flatmate complains that curries are westernised and too mild, and being Italian I don’t like the adaptations on Italian cuisine) but it’s still a start to learning and appreciating something new. 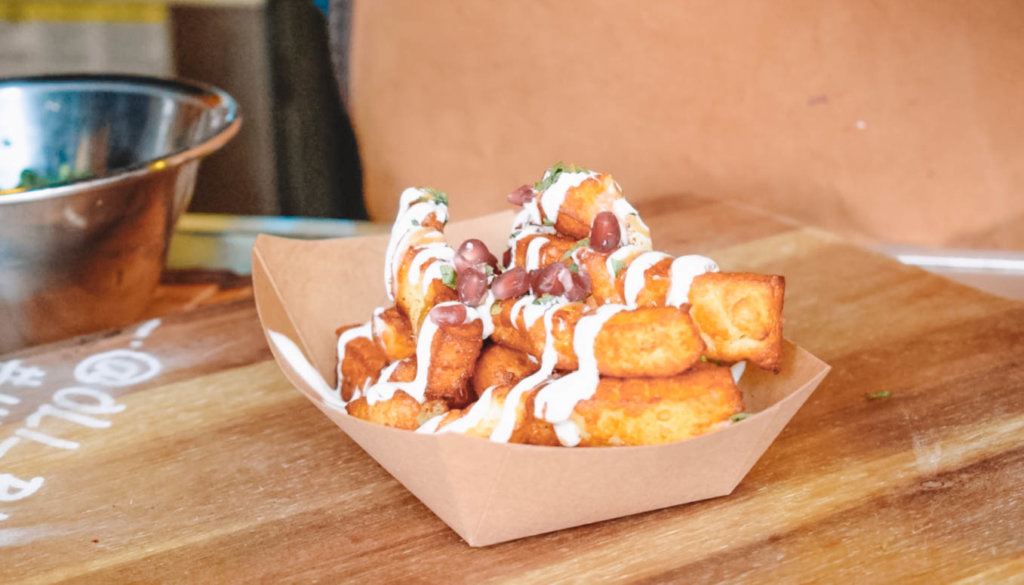 There is a queue for everything

If like me you come from a country where “informal queuing” is the norm, you might find adapting to the English queuing system a bit hard.

There is a queue for everything. I’ve seen people queue in an orderly manner before getting on a bus, or going down some stairs.

If you don’t have to queue for something like an ATM or to pay your lunch at Pret, chances are you didn’t see the queue and just queue jumped the whole thing.

Most times people are too polite to point this out and you can get away with it, however if you want to be a responsible citizen, you shouldn’t really be doing it.

| READ MORE: WHY I LEFT MY CORPORATE JOB | 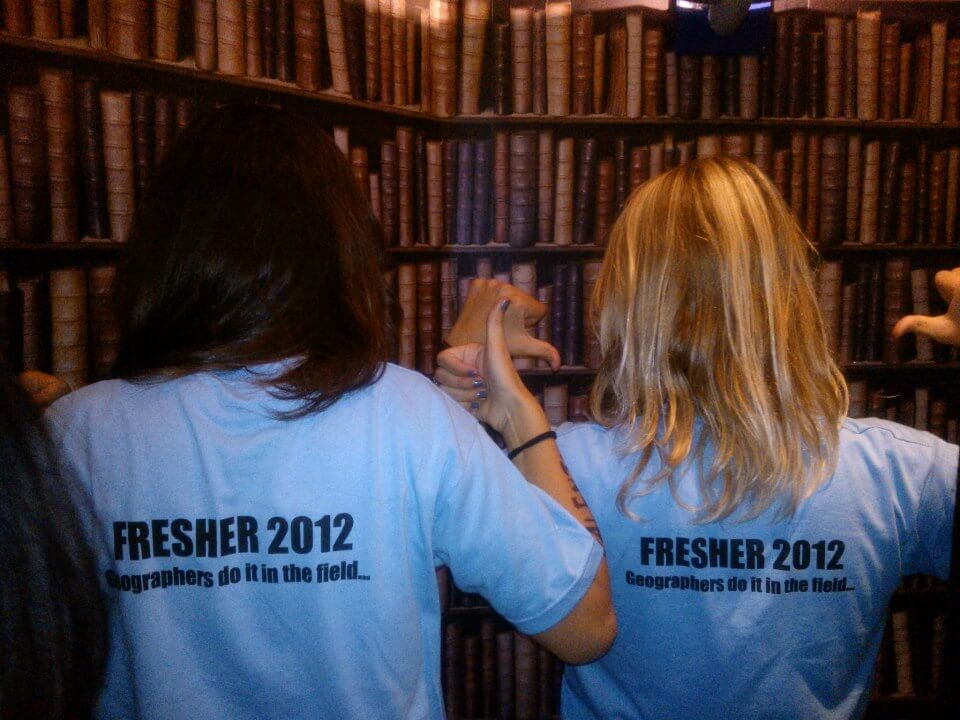 Matching t-shirts for all the Geography freshers, that’s how cool we were

Not just a London thing as it applies to most English universities. Join a sports club, it will be the best thing you do for your social and fitness life.

Other than the actual sport you choose (and the exercising you will have to do for it, not everyone likes this part…) you will get to meet loads more people than you would just in your course, presumably with the same interests as you (if you’ve picked the same sport!) and you will have the opportunity to bond with them both during and out of training, in what is known as “Sports Night”.

Now this name is confusing, it does not actually involve any sports being practised at night.

It just means that every Wednesday all the sports clubs go to the same university pub, and after multiple rounds of drinking games head to the same club.

I joined the water polo club in my second year, and it was the best thing I did. I spent some of my best university nights, either at training or partying with the team, and have to this day a group of “polo friends”. 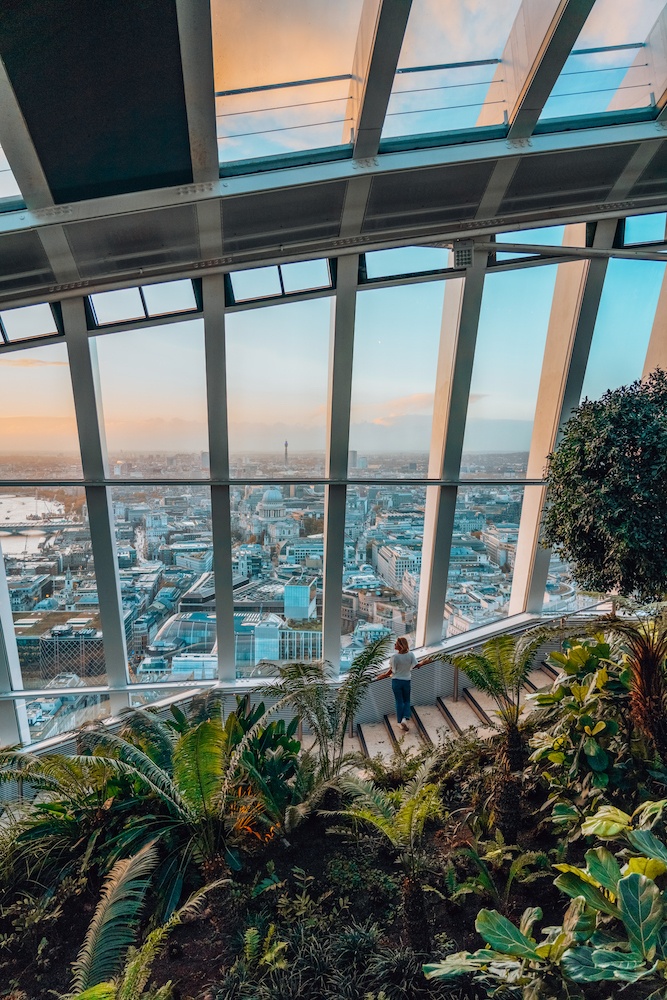 View over the rooftops of London from Sky Garden

This is a sad reality you will have to learn to deal with. Everyone does say that London is expensive, but nobody ever really tells you just how expensive it is.

However there are a lot of discounts for students, so make sure to take your student card with you everywhere, even if it’s just 10% off at the cinema or in a shop, you’ll want to take that!

The university cafés and bars are also cheaper than normal pubs, so before heading out to an “adult” bar you will want to check out the university ones and save some cash.

There are also lots of cool free things to do in London, like checking out the view from Sky Garden! 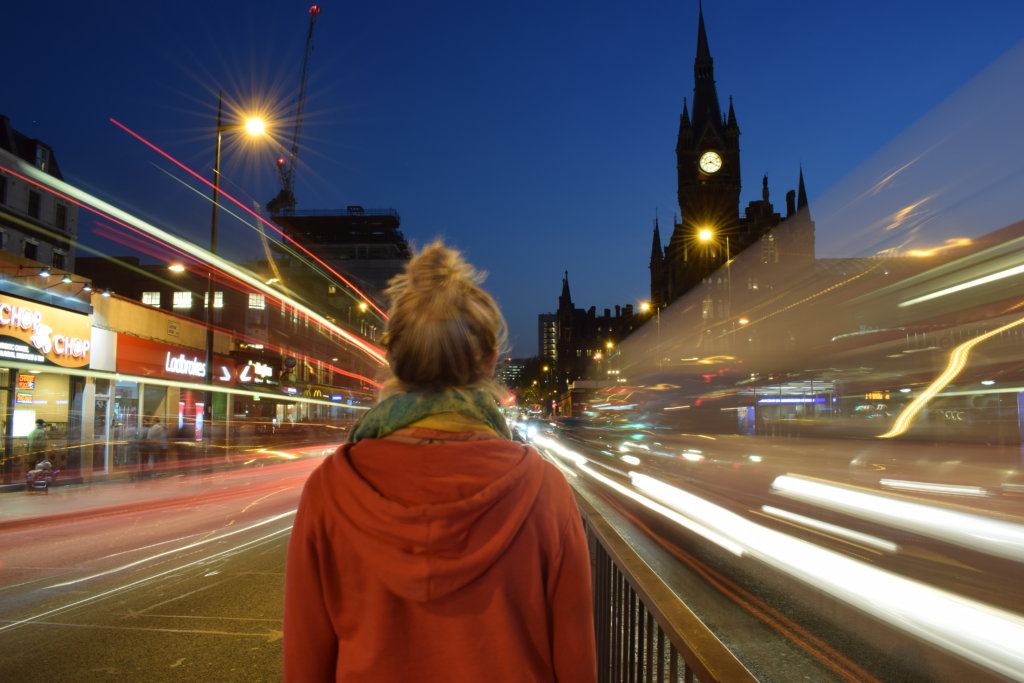 In the Mediterranean we’re used to doing things late. You would never dream of having dinner before 8pm, and if you wanted to go clubbing, you wouldn’t leave the house until at least half past midnight.

I had to quickly learn to change that in London. For my first night out the meeting time was 7pm, the Italian in me was confused and kept thinking; when am I supposed to have dinner?!

However you get used to it, and over time you actually come to appreciate starting a night early, as it usually means you can be in bed by 2am at the latest, and still get a good nights sleep. 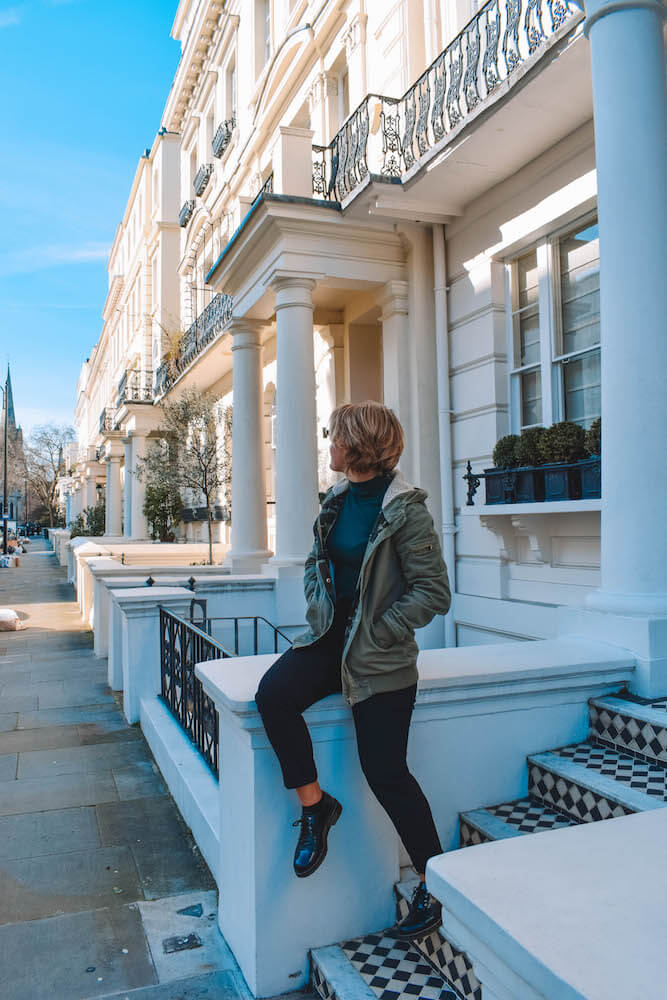 Don’t stand on the left on the escalator!

For the love of everything that is good in this world, do not stand on the left on an escalator! I can’t stress this one enough. Londoners get very worked up about it.

There is nothing quite like waking up late, getting in the tube in the morning rush hour and being forced to stand on the escalator behind someone that doesn’t know any better. On the right you stand, on the left you walk. Simple. 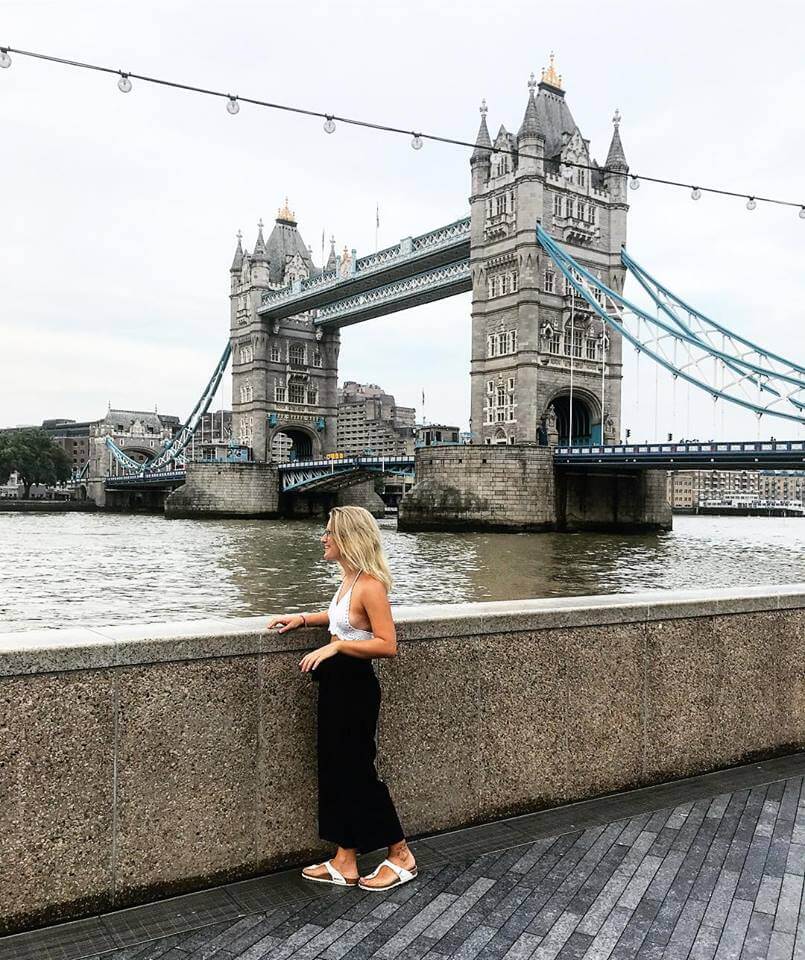 Final thoughts on being a student in London

Despite the unexpected, life in London as a student is pretty amazing. London is young and international, and there are endless fun opportunities both for students and non.

Like Samuel Johnson once said; “When a man is tired of London, he is tired of life; for there is in London all that life can afford”.

Embrace living in London as a student, for all its ups and downs you will love it, and you will miss it once you graduate (potentially the reason why I’m writing this post in the first place…)

Were you / are you a student in London, or have recently moved to London? What do you think? Are there other things you wish you had known before moving to London? Let me know in the comments below!

If you’re looking for more London inspiration, check out this list of top 21 things to do in London!

Looking for more London & UK tips? Check out these guides:

Enjoyed reading about 10 truths about living in London as a student? Pin it! 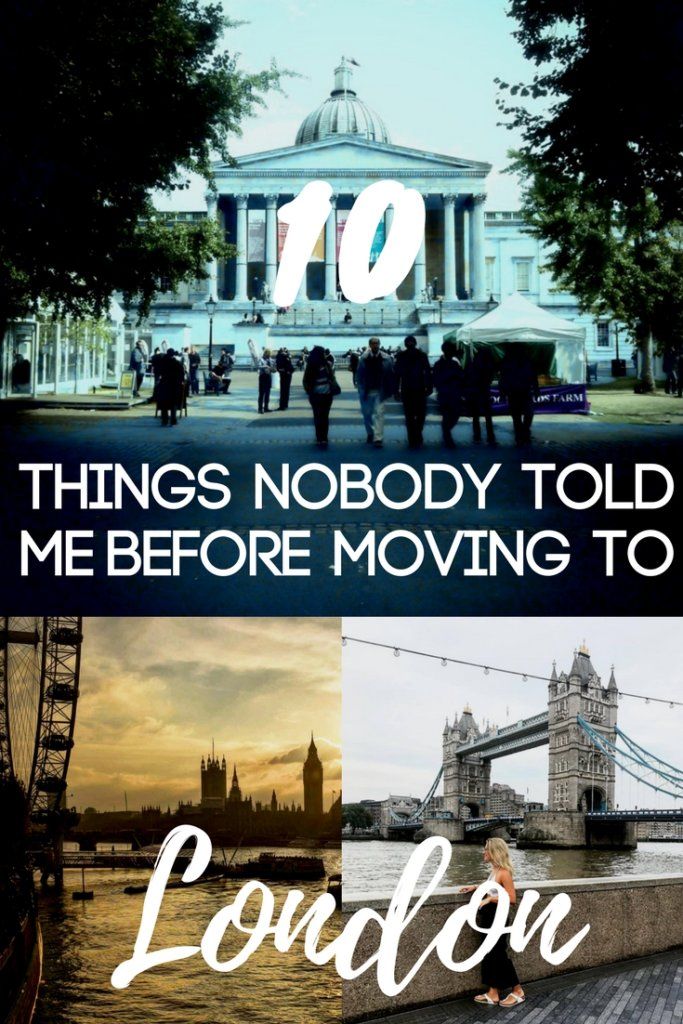 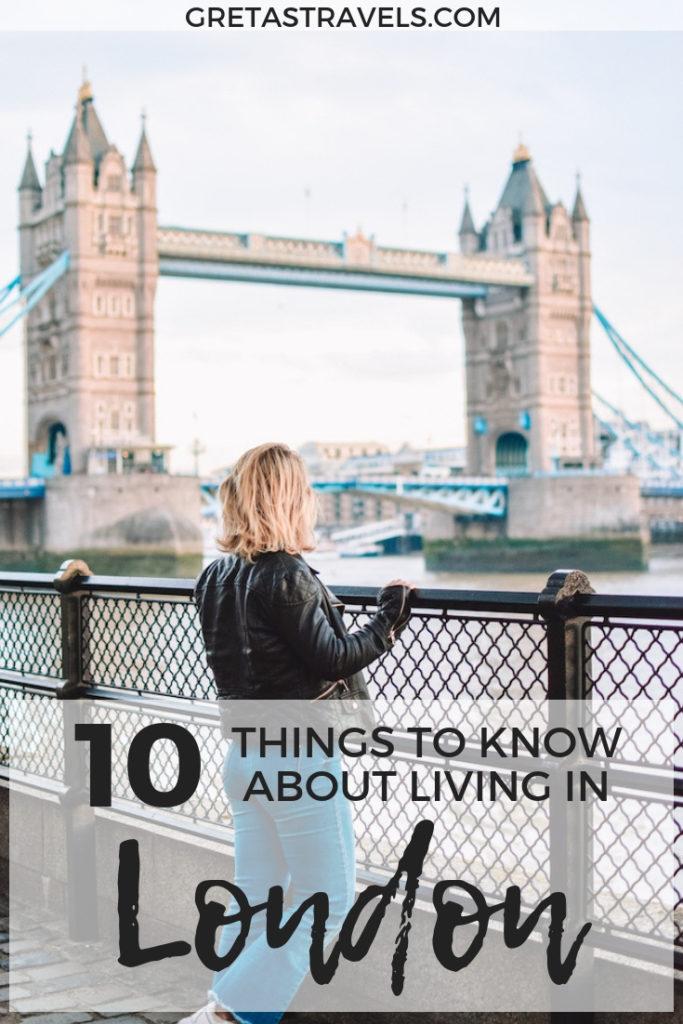 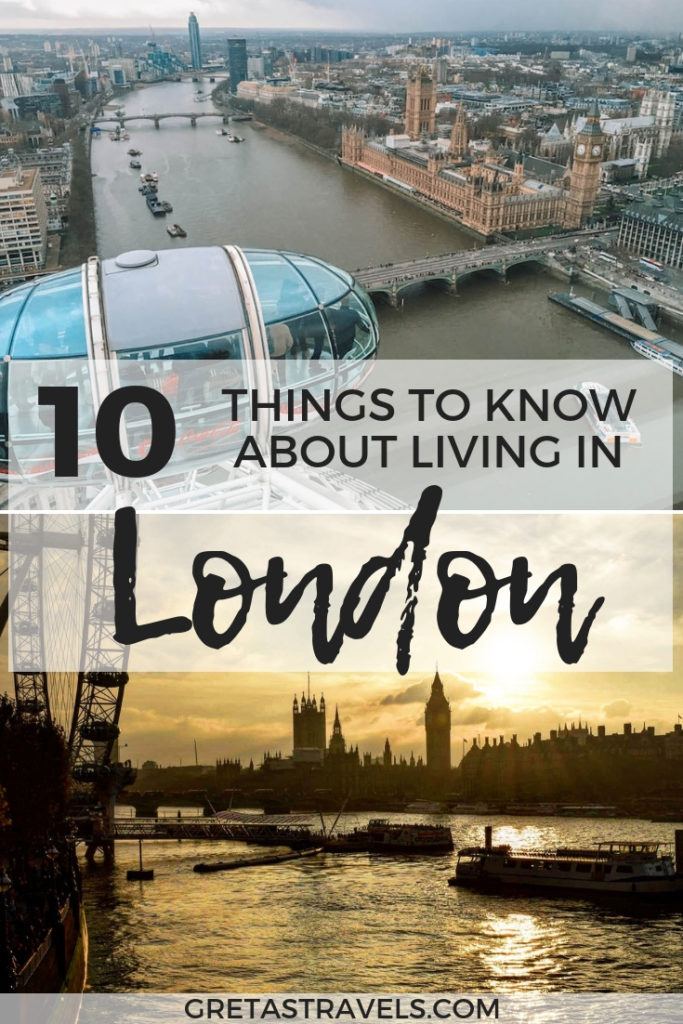 […] Living in London I don’t often head out to do touristy things, but occasionally when friends from Italy are visiting or the sun is out, I love to head out and explore London! […]

[…] Town is a personal favourite of mine. We used to live in the area when I studied at UCL and would stop there to buy lunch on my way home at least once a week, especially when we were […]