Norway is a must-see destination for nature lovers. I was lucky enough to visit it in summer, when the fjords are green and the days are long.

I went on a cruise in the fjords with Hurtigruten, a fantastic experience that I highly recommend.

We cruised from Bergen all the way up to Cape North and were fascinated by the beauty of the fjords and the midnight sun.

Exploring the Norwegian fjords by cruise is already a magical experience, but especially more so when done with Hurtigruten, an expert local cruise company.

If you want to do a Norwegian fjords cruise and are looking for advice and reviews, you’ve come to the right place. 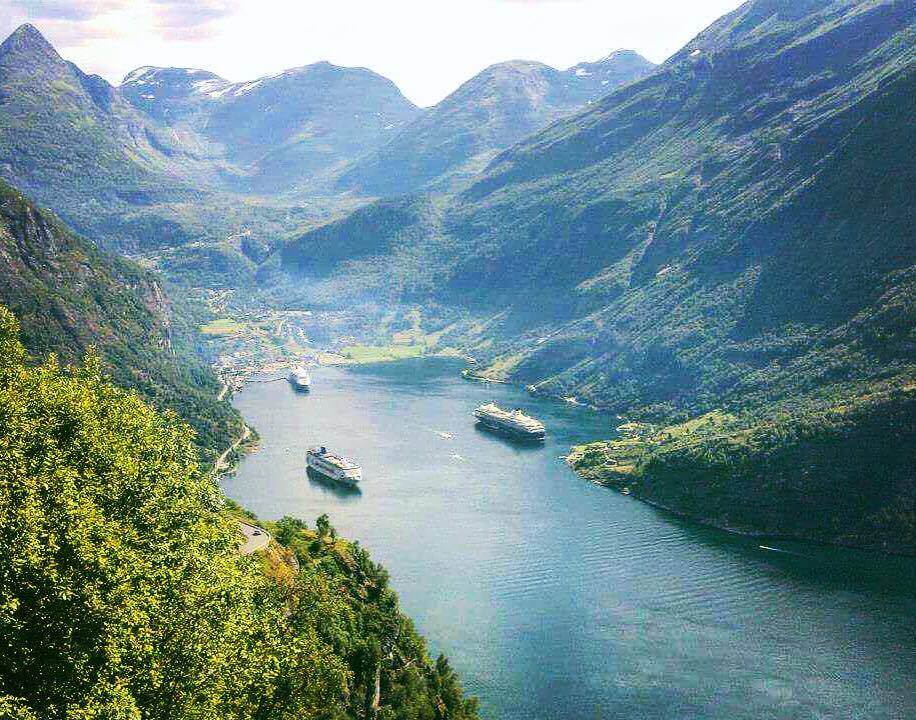 Hurtigruten is a Norwegian cruise, ferry and cargo operator. It was established in 1893 an attempt to improve communications in Norway.

Back in the day in winter when the mainland was covered in snow, travelling via sea and the fjords was the only reliable mode of transport and communication.

In the 1980s with the improvement of roads and the construction of a local airport network the emphasis of Hurtigruten on communication and deliveries became less important, and they started expanding the tourism aspect of their business.

Over time the Hurtigruten ships became bigger and more luxurious, till they became the cruise boats we see today. 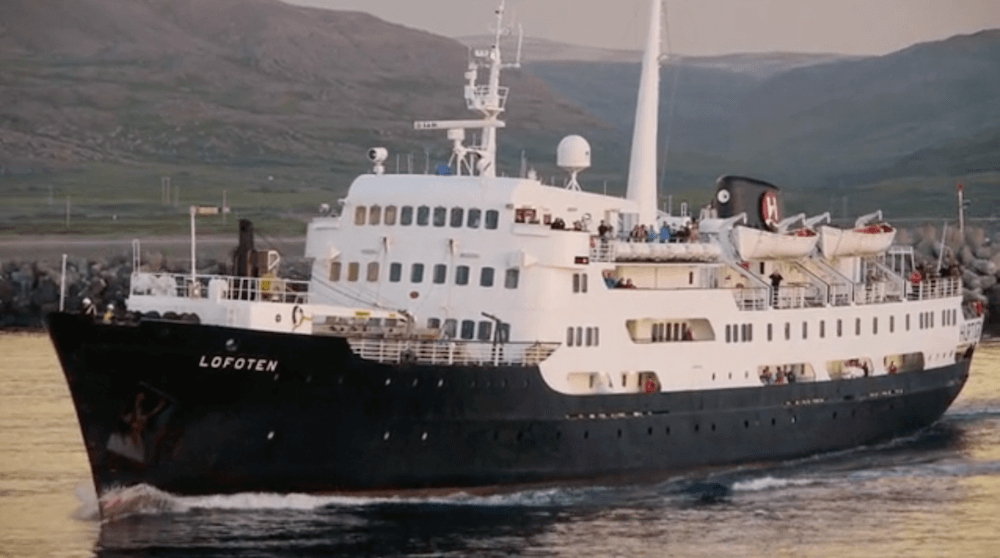 One of the Hurtigruten cruise and cargo boats

Things to know about Norway

Before I jump straight into reviewing our Norwegian fjords cruise, I want to give you some background about Norway and the main things to know about the country.

Despite being in the European Union Norway does not use the EUR. The local currency is the Norwegian Krone (NOK).

You should check the current exchange when you visit; at the time of my trip the exchange was approximately 1 EUR to 10 NOK.

Travelling in Norway can be quite pricey, check out this guide to see how much you can expect to spend travelling in Scandinavia. 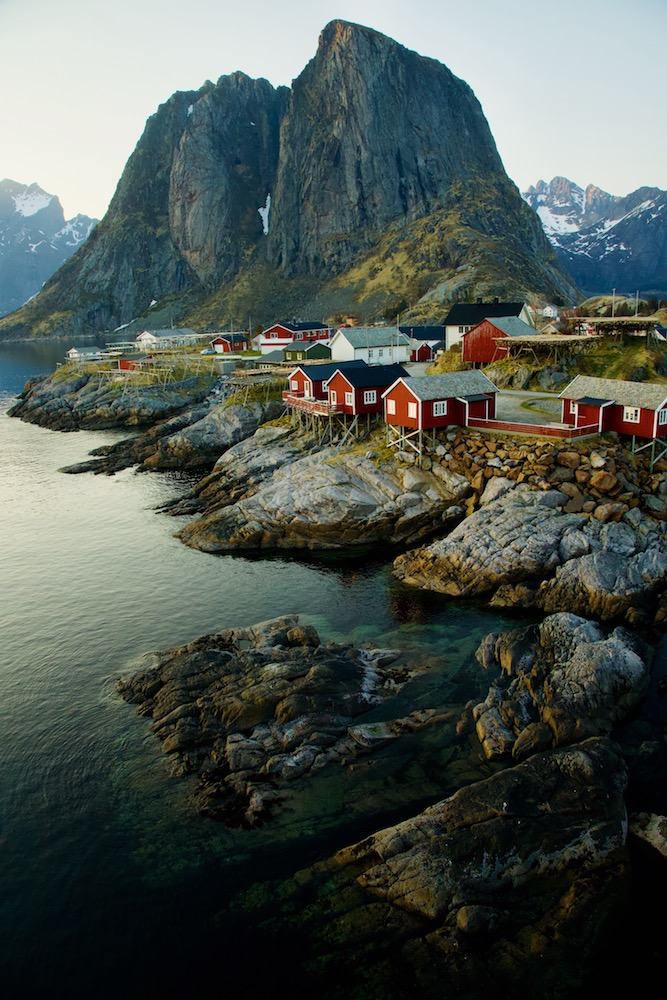 What is the most stereotypically Norwegian thing you can think of? Smoked salmon? Sounds about right.

Obviously there are other elements to Norwegian cuisine, but fish really does play a big part in it. As you have probably already heard everything is expensive in Norway, meals included.

I was pretty traumatised when at the Bergen fish market I paid the equivalent of 8 EUR for a half-litre bottle of water.

However if you do a cruise with Hurtigruten all the meals are included on board, so you could go the whole holiday without spending extra money on food and drink.

The food on board is excellent as well, I have never eaten so much yummy salmon and fish as during the week I spent in Norway! Watching the midnight sun from the deck of the Midnatsol, our Hurtigruten cruise boat

The weather in Norway can vary massively depending on the time of year when you visit.

I was there from the end of July to early August and found a pleasant mild climate, with temperatures ranging from 15°C to 25°C and long days.

The days get longer the further north you go, we went all the way to Cape North so were lucky enough to see the Midnight Sun and spend a couple days without ever seeing night.

Even in the most Southern parts of Norway you can get up to 19 hours a day of light in summer. We were lucky enough to find all sunny days, however it is not uncommon to find rain and cloudy days even in summer. 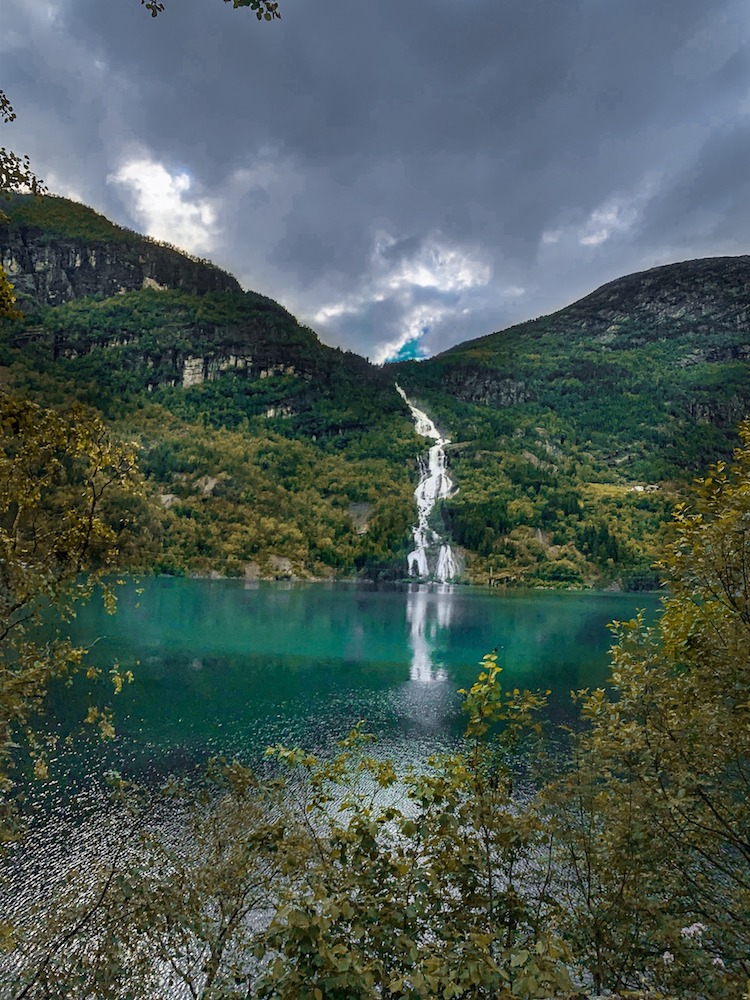 In winter instead the weather is very cold and the days are much shorter. Average temperatures in winter are below 0°C and there can be as little as 1 hour a day of sunshine.

While the weather sounds far from ideal, it is actually perfect for seeing the Northern Lights if this is something you are interested in (definitely an experience I want to do at some point)! We did the Classic Voyage North that went from Bergen to Kirkenes on board the Midnatsol. The cruise lasts 7 days with prices varying depending on the type of cabin and time of year you book.

Since the Midnatsol is also a mailing delivery boat the cruise actually does a lot of stops, some only for a brief couple hours and some even in the middle of the night, just for the purpose of dropping off mail.

The most beautiful stops in my opinion were the following. Bergen is the starting point of the cruise, a lovely city known as the cultural gateaway to the fjords. At one point Bergen was even the capital of Norway before Oslo.

The Bryggen district along the harbour, with its colourful wooden houses, is one of the most photographed and recognizable spots of Bergen. Another famous spot of Bergen that you can’t miss is the famous fish market.

While it can be a bit pricey (as is most of Norway compared to other European destinations!) the fish is of extremely good quality and well worth the price.

We stocked up on different types of smoked salmon that we then took home. Here you can also taste smoked whale if you’re feeling intrepid.

We were only in Bergen for half a day, which meant we were only able to explore the city centre, if you’re looking for more advice and ideas of things to do in Bergen, make sure to check out this article written by From Here To Sunday or this 5-day Bergen itinerary by Travel Weekly. The colourful houses of the Bryggen district in Bergen, Norway

The highlight of the trip for me was cruising in the fjords, especially the Geirangerfjord and the areas surrounding it.

Sitting in the sun on the top deck while cruising in the fjords, surrounded by green mountains and waterfalls is a truly magical experience.

The Geirangerfjord a 15 km branch of the Sunnylvsfjorden and at the end of it there is a small village called Geiranger.

The cruise boats are too big to dock at the small town harbour, so you have to leave the Midnatsol via the smaller launch boats. From Geiranger we got a bus that drove us to a viewing platform at the top of the Geirangerfjord.

The view from up there was truly stunning. 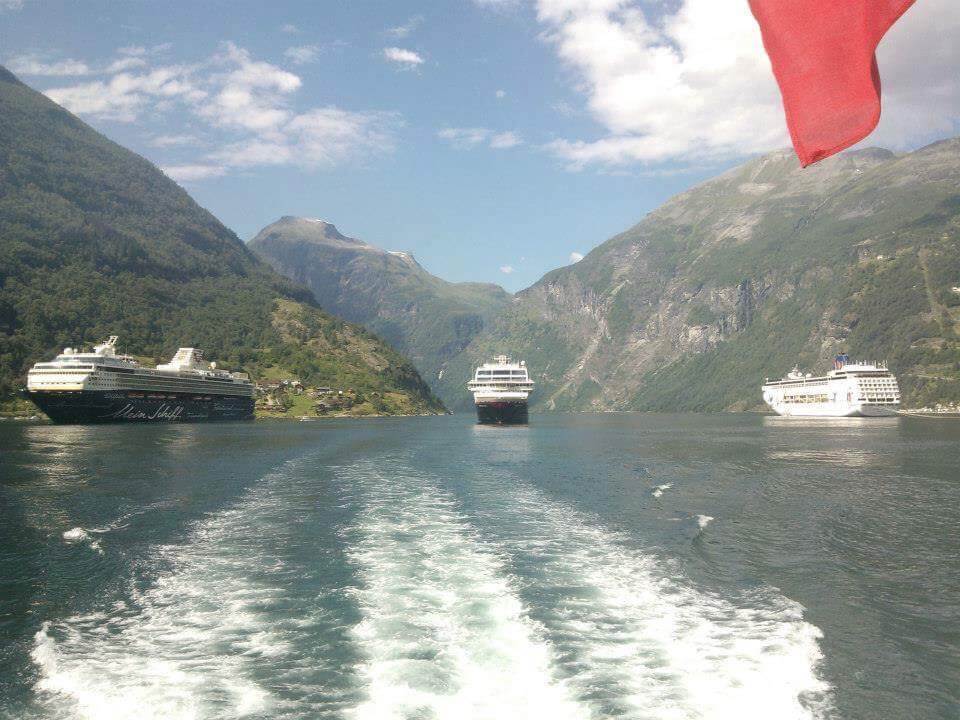 Cruising into the Geirangerfjord

We ended the cruise up at Cape North, the northernmost point in Europe. There is a big metal globe that marks the exact point, just on the edge of a cliff overlooking the sea.

The landscape there is truly impressive and it makes you feel small in front of the power of nature.

There are also deers that roam free in the fields next to the Cape North globe, we tried approaching some but without much luck.

The beauty of coming so far in northern Norway is that the days are even longer and if you’re lucky you will be able to see the Midnight Sun.

Being able to sit on the deck of the Midnatsol (which funnily enough means Midnight Sun!) at 11:30pm and watch the sun sink lower towards the sea with a bring orange sky was another highlight of the trip for me. 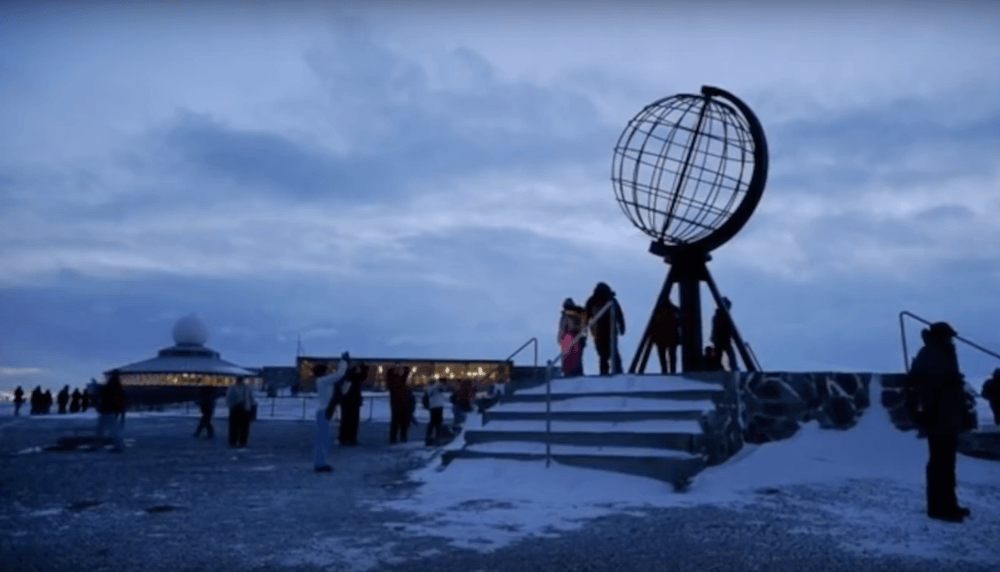 The metal globe of Cape North

Kirkenes was the final stop of our cruise. The town is quite small and uneventful, we were there on a Sunday and most of the shops were closed too so there was little to do.

One of the cool things about Kirkenes (in the nerdy eyes of a Geography graduate like me) is that it’s very close to both the Russian and Finnish borders.

If you wanted to you could jump in a car and after a short couple hour drive reach the point where the three borders meet. 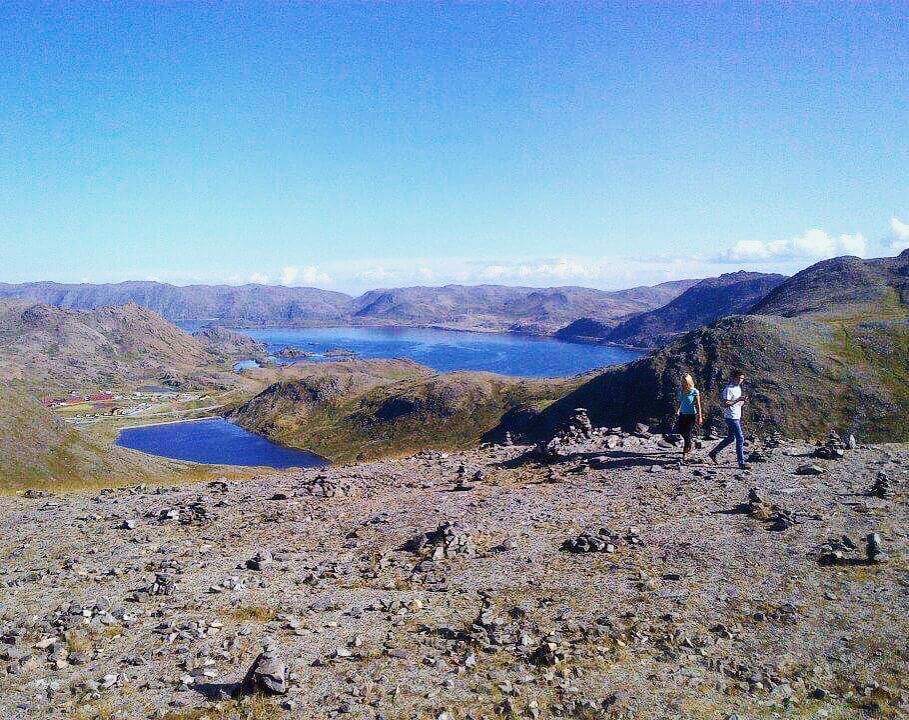 One of the big questions I had before going on my Norwegian fjords cruise was what I should be packing.

I looked at the weather forecast but I found it hard to believe it could really get to 20°C or more, after all I was about to go the furthest North I’d ever been in my life.

Some essentials I recommend you pack for your cruise include; a light waterproof jacket, comfortable trainers and a warm hoodie. The harbour of Bergen, Norway – Photo by Sumona Banerji on Scopio

Have you been to Norway? Did you love it as much as me? Let me know in the comments below!

Norway is a beautiful destination; with its stunning nature and landscapes it will leave you breathless. If cruises aren’t your thing, check out these awesome Norway road trip routes!

Especially in summer when the fjords are green and you will have a chance to see the Midnight Sun, it truly is a must-see location.

Cruising the fjords with Hurtigruten will give you the opportunity to see and experience many different parts of Norway in a short period of time. 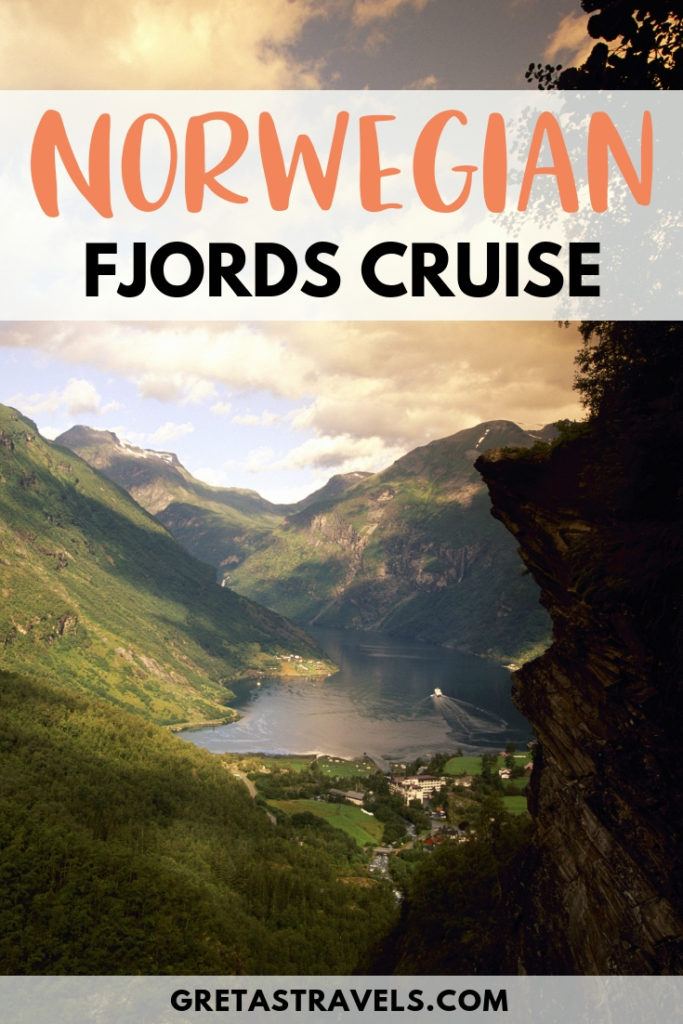 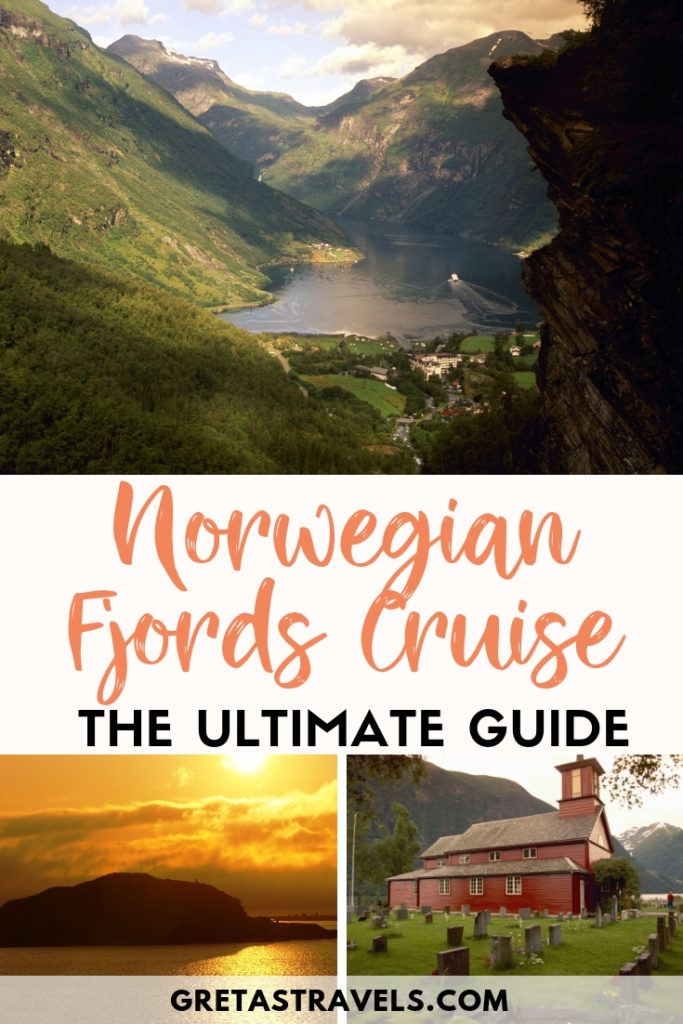 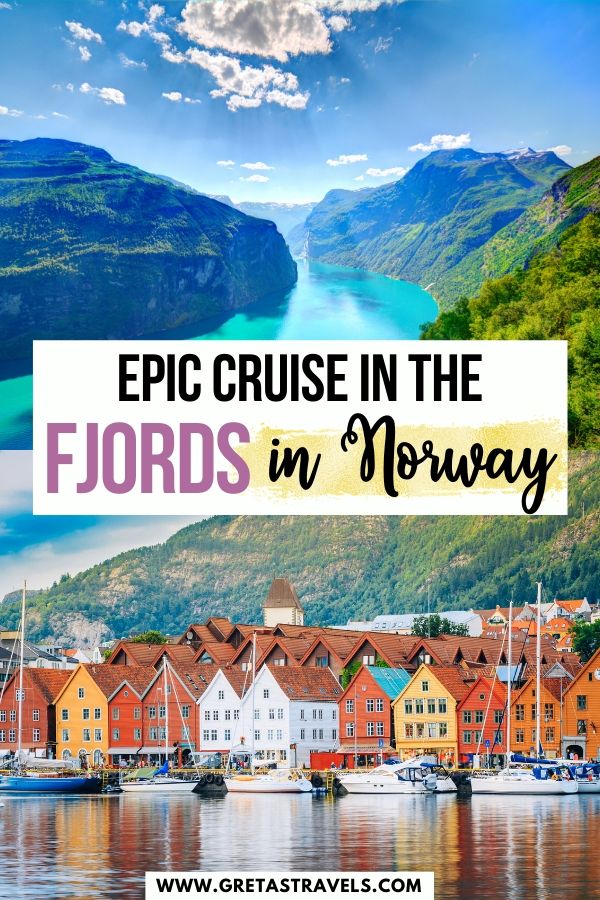 Just finishing a fjord cruise. The up ward journey Bergen to Kirkenes, was interesting. However the return journey has been a total disappointment. Stopping at awful places, ugly and boring. Very odd stopping times, often Very short stopping times. I realise this is a working ship, but I feel a conflict of interests between holiday makers and coastal communities.

Thank you for your travel log. I’m almost ready to book for June 2022. A little Leary as 20% is non refundable if cancelled and hard to know what CoVid will be then. Would love to hear more about the vessel itself.

I can't describe the incredible beauty on this trip--and it went on and on for the full trip. To see all the mountains and fjords was breath taking. I was fortunate to take the cruise 3 years ago, the first of September. I had the most wonderful time. I cruised on the Spitzbergen which is one of their smaller ships, which was great. I highly recommend Hurtigruten--one of the major reasons is that they cruise both during the day and at night and by cruising during the day you can see more of the unbelievable beauty of Norway. And my goal was to see the scenery and fjords and mountains. It didn't have all the party features, but that is not why I went. The food was great--Norwegian style, but again not what the big cruise lines do. I was able to get a couple of their recipes which I cook from time to time. It was a very relaxing trip, but also full of beauty. And the staff was great. The weather was spectacular, although I did need a medium weight coat. Some people just went one way, but I went the round trip which I was very thankful I did, as I wasn't ready to disembark at Kirkenes. The midnight concert was wonderful.

[…] several stops on your Norwegian fjord cruise. One of the places you may stop at will be Bergen: the cultural gateway to the fjords. The Bryggen district by the harbour is one of the most recognisable places in the city, with its […]

[…] you’re looking for a unique way to spend summer 2019, why not add a Norwegian fjords cruise to your travel […]